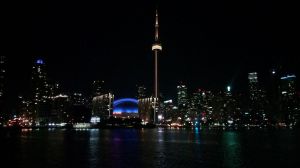 “From the very beginning, Canada played a leading role in relief efforts, launching a rapid and robust response that provided immediate assistance to the people and the Government of the Philippines,” said Canadian Minister of Defence Rob Nicholson on Monday.

“The Government of Canada deployed personnel and equipment within days of Typhoon Haiyan’s devastation, which helped alleviate distress while also assisting local authorities and non-governmental organizations to reach individuals affected by the storm,” he added.

“Over the course of their deployment, CAF personnel produced 493,346 litres of purified water available for distribution, treated 6,525 medical patients, cleared over 131 kilometres of roads and delivered 230,485 pounds of food and humanitarian assistance goods on behalf of NGO’s and local authorities,” the Canadian Armed Forces said on its website.

DART personnel first deployed to the Philippines on November 10 and over the course of the next two weeks, will make their return to Canada followed by remaining equipment. The team consisted of 315 Canadian Forces personnel with different specialties including communications, health, air transport and logistics.

The Government of Canada announced funding of at least $25 million dollars comprising of monetary donations, emergency relief goods and tools in the immediate aftermath of Super Typhoon Haiyan.

At least 6,233 Canadian Red Cross volunteers are working with the Philippines Red Cross delivering assistance since the immediate aftermath. Of 12 Emergency Response Units deployed to the affected region, 1 is a Canadian Red Cross Field Hospital which can accommodate the health needs of more than 100,000 people.

So far, 6,069 people have been confirmed dead and another 27,468 people are injured according to government figures.