Big Ship Freddie
Reggae staple Freddie McGregor marked 50+ years as a performer in 2018. We were there on August 22 when he performed at the CNE Bandshell.

Royal Visit
Prince Charles and the Duchess of Cornwall visited Toronto for two days in 2009 and we covered their visits to Varsity Stadium and Ricoh Coliseum.

TORONTO [Peter Paul Media] — Toronto police released a photo of an attempted murder suspect in the unprovoked stabbing of a woman at a Shoppers Drug Mart in the downtown PATH network on Friday.

She was identified Monday as 40-year-old Rohinie Bisesar [Pictured below] of Toronto. Bisesar has an extensive LinkedIn profile including two degrees and lengthy professional experience.

Photos taken from surveillance video show her professionally dressed and police said people in the area know her well. It is unclear whether she is employed in the area but she is known to frequent the Financial District, police said in a news release.

Unconfirmed reports say the victim is in “grave” condition as of press time. 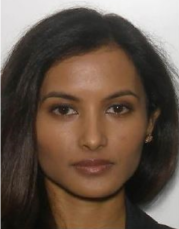